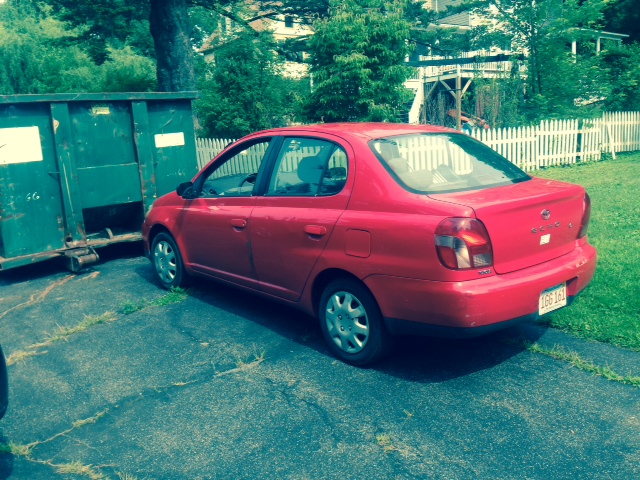 07 Jul The Little Echo That Could

Posted at 19:13h in What We Believe by Joe
Share

I am a member of Bottom Lines, a peer review network of builders and architects sponsored by NESEA. The fundamental mission of Bottom Lines is to support companies in their efforts to attend to a triple bottom line: profits, people and planet. The group has been hugely instrumental in improving my ability to carefully track my profitability and understand its source. In this way it has made the company more profitable and likely will continue to do so.

But what about the other two bottom lines: planet and people? These are matters that are much more difficult to define and track. I have no doubt about my company’s intention to commit to being “green to our core.” This commitment finds expression in the projects we choose and the values of the clients who choose us. But what about the way we function as a company? Do we operate as a company in a way that is fundamentally healthy for our planet and its people or not? When I step back and look objectively at that question, I get a little depressed. Let’s just say I see plenty of room for growth there.

But we are starting to take steps.

I recently met with Ben, one of our lead carpenters, to discuss the purchasing of a new vehicle to be used on the larger renovation projects that he tends to lead. We talked through the whole van vs. 4×4 debate and came to a common understanding of what the ideal kind of vehicle would be. But as we were talking, I sensed a hesitation from Ben. I could sense that he did not feel a strong need for such a vehicle at all. This led me to wondering whether there might be a different way.

Some of the other building companies in my peer review network have gone to great lengths to measure their carbon footprint as a company. Most have come to the surprising discovery that company vehicles are the overwhelming drivers of carbon production in the totality of their operation. By adding another company vehicle, we would surely be only adding to the problem. So I reopened the conversation with Ben. We talked about the vehicle for his job sites again, but this time with the agenda not of deciding which kind would be best, but rather whether or not we even needed one at all. Out of this conversation emerged the idea of making a systematic effort at curtailing our often-daily trips to the lumberyard. We would closely monitor those trips and brainstorm ways to reduce them with the eventual goal of allowing just one such trip per week per job. This would require a bit of discipline and preplanning, but it would be an excellent way to begin to get serious about attending the triple bottom line.

Company policy is important, but it can only get you so far. Enacting that policy requires a willingness on the part of the people in that company; and sometimes that willingness can reach heroic proportions. Ben will not be getting a new truck. He, along with the other crew leaders, is being asked to be extremely mindful about trips to the lumberyard and to track their frequency. But he has also, rather heroically in my mind, agreed to make do with his well-worn Toyota Echo for those trips.

So if you see a bright red Echo driving around Berkshire County, listing on its tired springs under the weight of some 2x4s strapped to the roof, that’s probably Ben doing his part to make Decumanus Green more accountable to its mission to be “green to our core”.