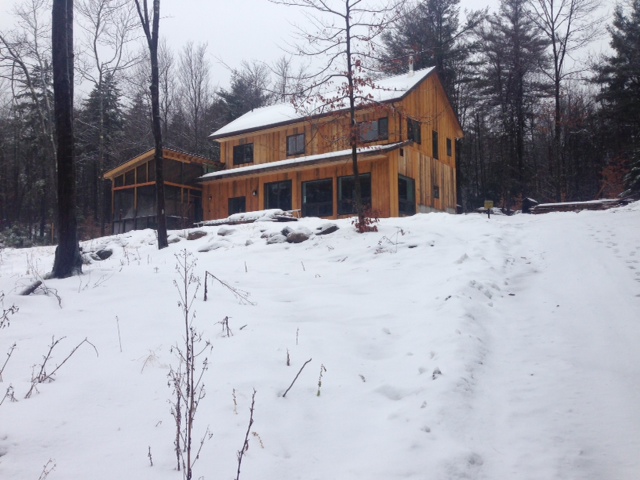 The Greenberg Residence project is nearing completion.  Most of the remaining work will be completed by Laurel. As I noted in an earlier post (Nov. 2013), our performance goal for this job was to design and build an affordable house that would meet the Mass Save New Homes Program Tier III. By meeting this goal, the homeowner would be eligible for a $7000 rebate from Mass Save. Well, I am pleased to announce that after a final inspection and blower door test by Adin Maynard of His&Hers Energy Efficiency, Laurel’s house has been certified at the Tier III level and she will soon be receiving her rebate check.

Hitting our benchmark for the project leaves me feeling extremely proud of all the people involved.  This house is not the most energy efficient house in all of Western Mass, though it is way beyond even stretch code standards of energy efficiency, nor is it the most affordable house ever built here. No, the excellence of this project lies not at the extremes of any category but in the balancing of several. The project’s goal was always to strike a careful balance between energy efficiency and economic viability, and it did that beautifully. The Mass Save program played a very important role here: its rebate money was an important factor in keeping costs to the homeowner down and its prescriptive and  performance based metrics gave us meaningful targets to aim for. 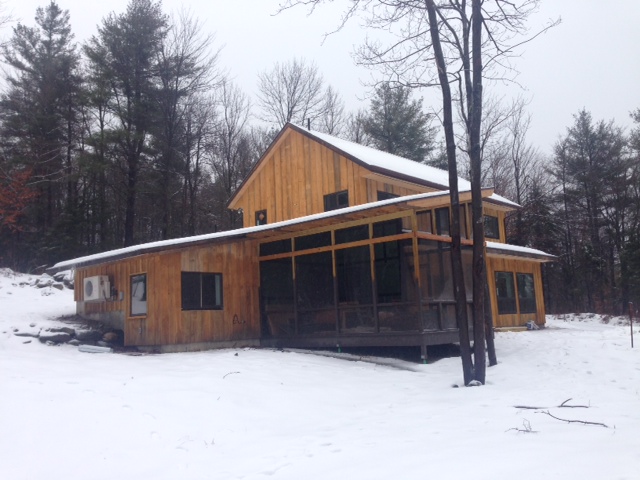 Road and Track recently published an article touting the Mercedes-Benz E250 as the most fuel-efficient car sold in America.  Technically the car tied with the Toyota Prius, but the writers at R&T favored the Mercedes’ achievement because it came from a non-hybrid drivetrain.  This is a remarkable accomplishment, no doubt, but one that comes with an equally remarkable (and unaffordable by most) price tag of over $52,000.  The problem of excessive fuel consumption in this country will not be solved by the few who can afford 50,000 dollar vehicles, but by many spending a little bit more than they otherwise would to purchase a vehicle that gets excellent, if not off the charts, fuel economy. 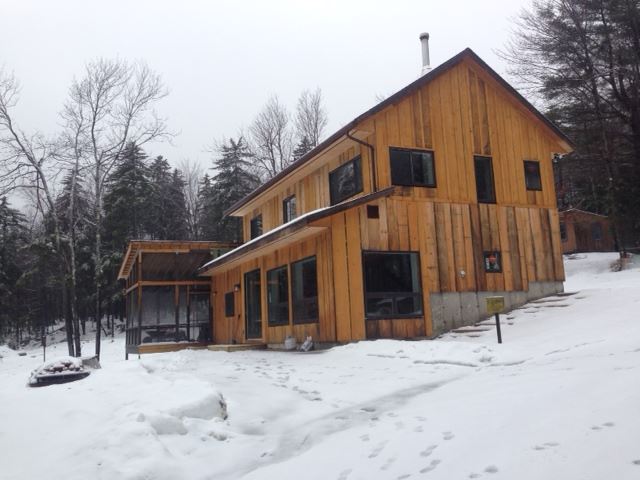 The same will be true in the housing sector. Although from the standpoint of future research and development it is important for there to be houses built to extreme (and expensive) standards like those of Passivhaus, the problem of energy use in this country will be more quickly and meaningfully addressed by homeowners who are willing to spend a bit more for a really, if not off the charts, efficient home.  Our client Laurel is just such a client, and it has been a real pleasure working with her on her beautiful and beautifully efficient new home.